Newest updates are at the bottom 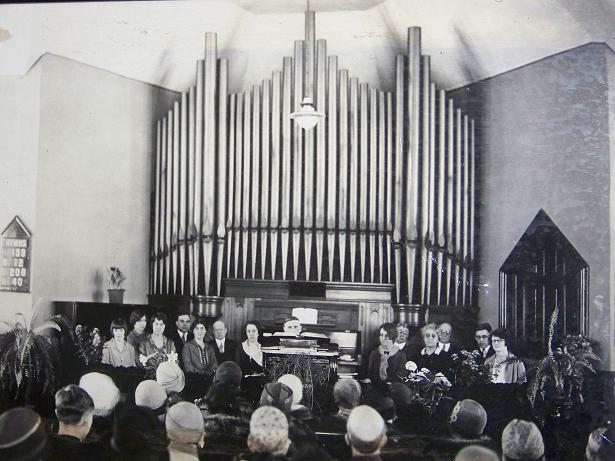 This is the organ as it was originally installed.  The console was detached and the originaly tubular-pneumatic action was upgraded to electro-pneumatic by Moller some time in the 1950s.  We will be installing new electric action valves to replace the failing Moller wind chest action, updating the console to solid-state electronic switching, and cleaning the entire instrument.  It consists of 5 ranks of pipes.  Diapason, Stopped Flute, Melodia, Dulciana, and Bourdon.   All the original pipes will be retained. 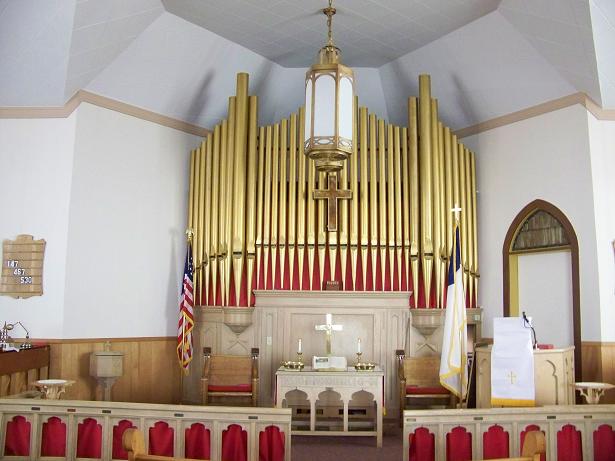 This is the organ today, prior to removal of the internal parts. 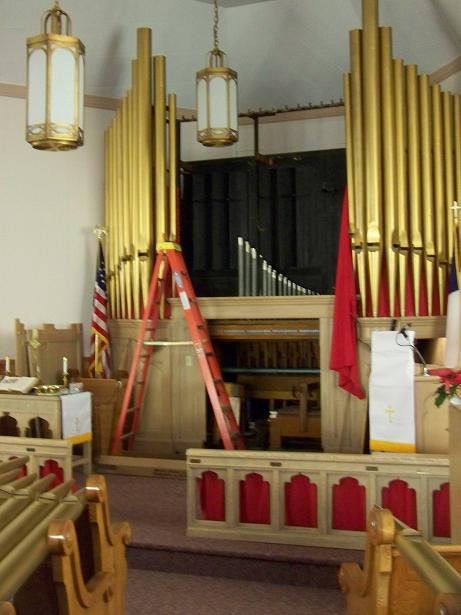 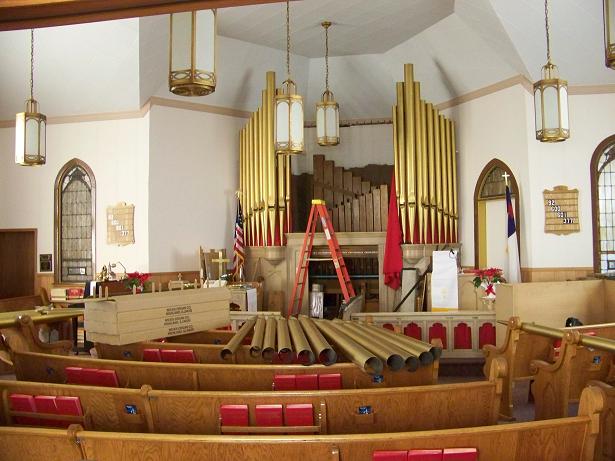 The swell box as well as most of the pipes have been removed.  The pipes are stored in the cardboard trays on the left.  Once the windchest has been removed the facade and case will be put back up while we work on the parts at the shop. 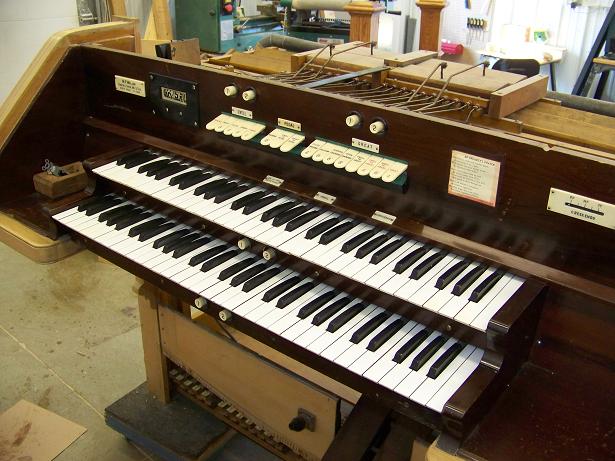 This is the console in its original condition.  All of the old machinery will be removed and replaced by a solid-state electronic control system which will operate the existing pipes. 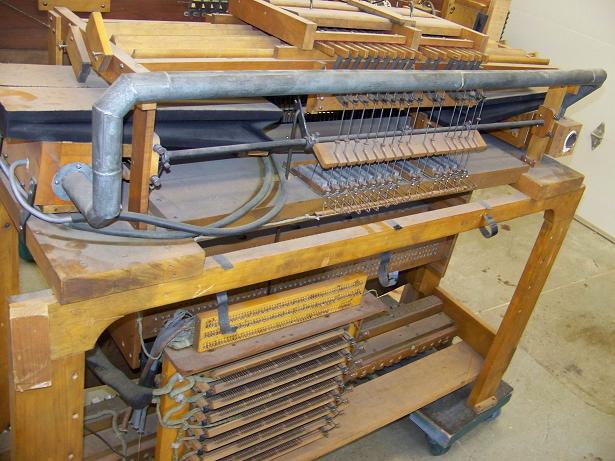 This is the back of the console showing all of the old machinery. 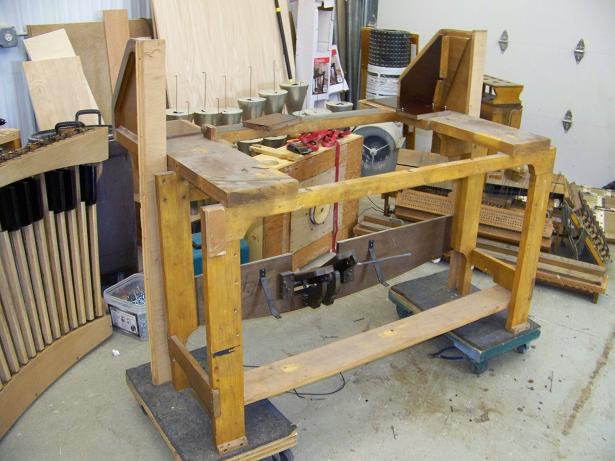 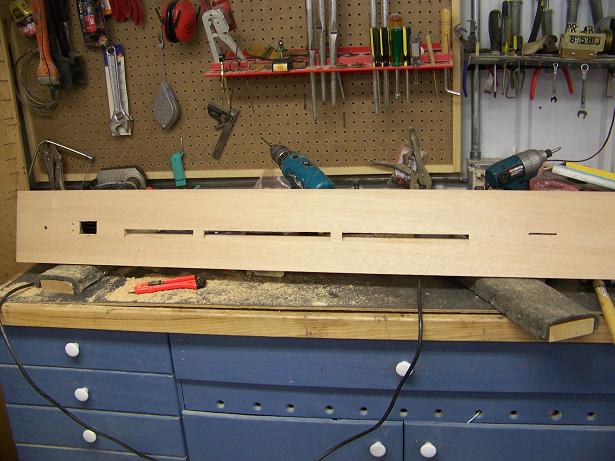 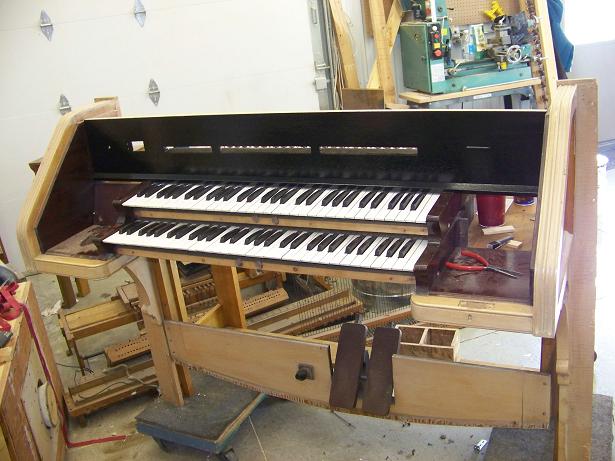 The new tablet board test fit to the console.  The manual keyboards have also been rebuilt with new springs and front regulating screws. 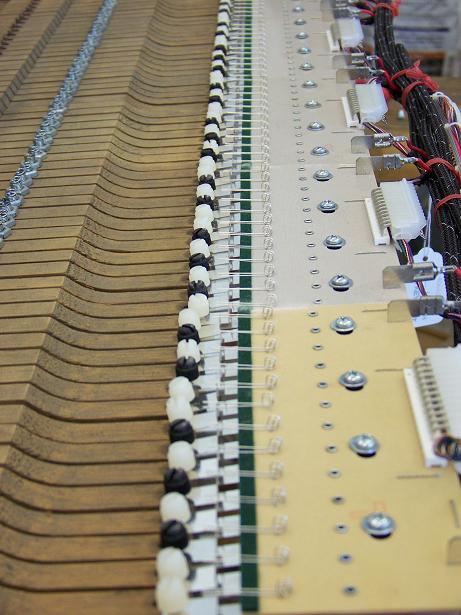 This is one of two new contact rails in the organ.  The wood parts on the left are the back ends of the keys.  The keys lift the black and white objects which in turn make contact wtih the silver contact wires. 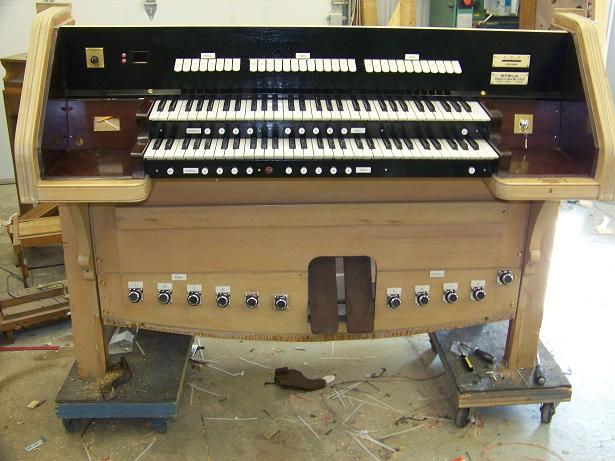 The console is complete with the exception of the new clock which is still on order. 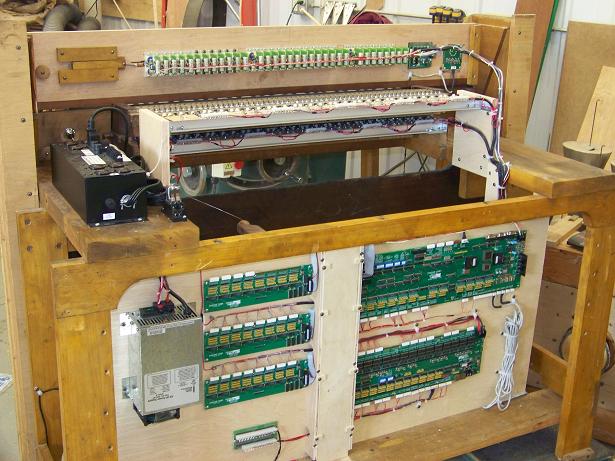 This is the back of the updated console.  The row of devices at the top is the machinery behind the stop tabs.  The circuit boards at the bottom take the impulses from the stops and keys and translate them into serial data for transmission to the organ pipes via ethernet cable.

The next step is the installation of new actions and valves in the windchests.  Check back soon for more pictures. 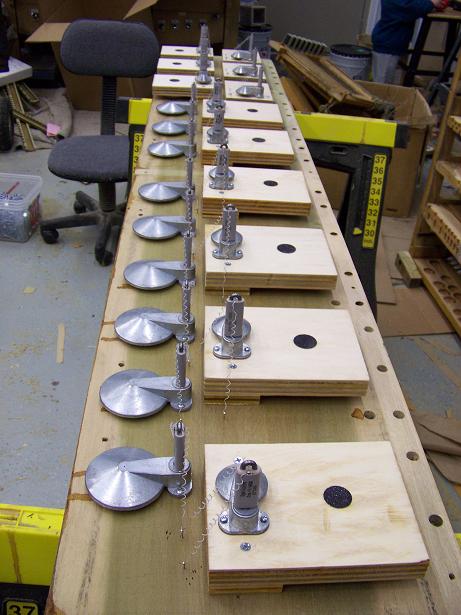 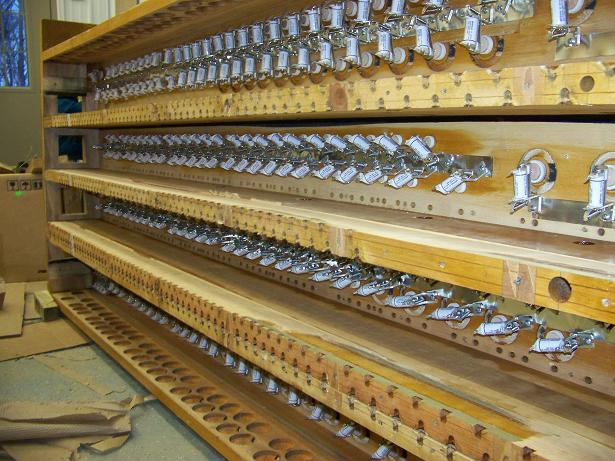 Here is the main windchest with the new electric valves installed.  These valves replace hundreds of leather pouches, wood channels, and myriad intricate parts with a simple all in one unit with only one moving part.

Installation is now ready to begin.  Check back soon for more pics. 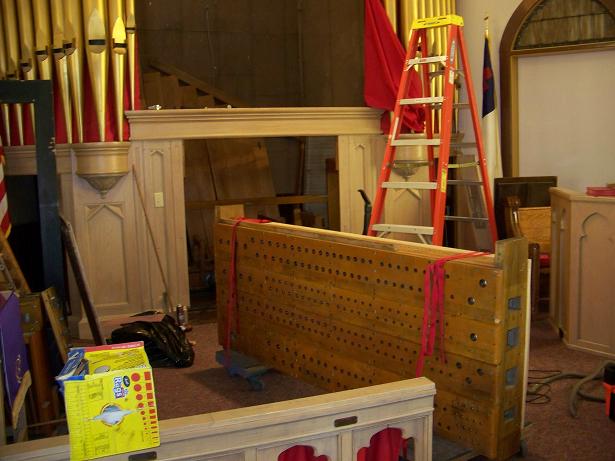 This is the main windhchest ready for installation. 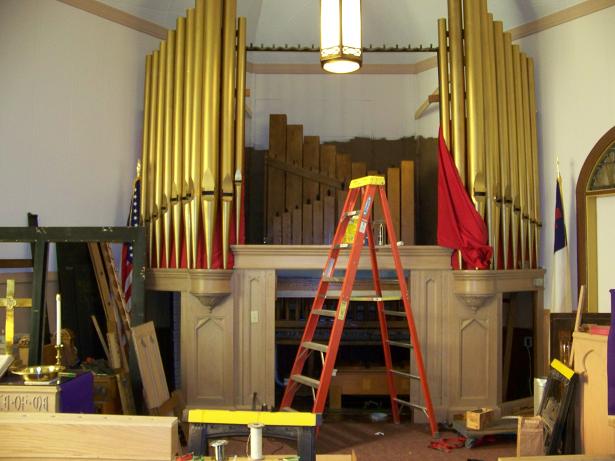 The bass offset and bass pipes have been installed.  The main windchest has also been installed but is not visible in this picture. 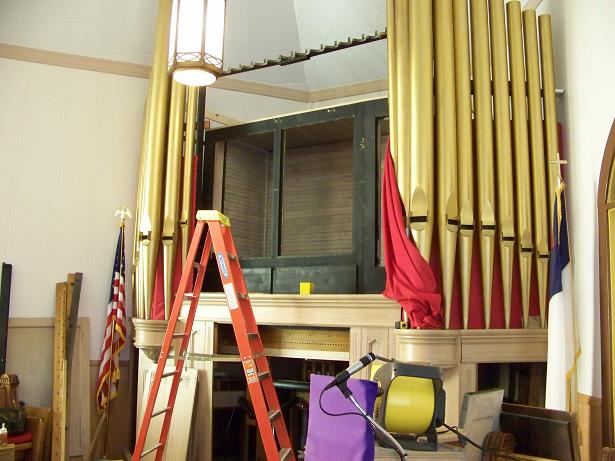 The swell box has been assembled on top of the main windchest.

Installation is now complete with the organ looking the way it did prior to the project but it is now fully funtional with a new expanded stoplist, memory system, and transposer.